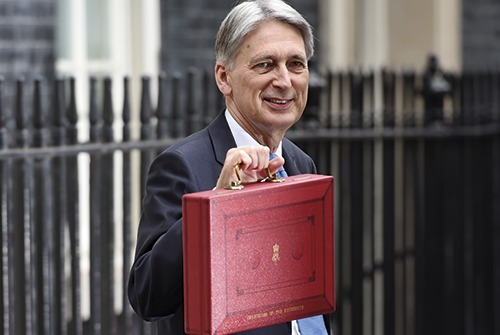 The BIFM has given a guarded welcome to the budget writes Herpreet Kaur Grewal.


The BIFM gave a favourable reception to chancellor Philip Hammond's announcement to increase the National Living Wage and National Minimum Wage from April 2018 in his Autumn Budget, but called for more progress on the Apprenticeship Levy.


Among Phillip Hammond's proposals related to the facilities management sector were increases to the National Living Wage by 4.4 per cent from £7.50 an hour to £7.83 from April 2018 and an investment of £500 million in a range of initiatives from Artificial Intelligence, to 5G and full-fibre broadband.

He also said: "We're delivering three million apprenticeship starts by 2020 thanks to our Apprenticeship Levy. And I'll keep under review the flexibility that levy payers have to spend this money."

Linda Hausmanis, BIFM's chief executive, said: "The chancellor has rightly emphasised the importance of skills and training to improve productivity in the UK. However, Westminster needs to recognise failings within the existing system in order to increase standards, especially in relation to the Apprenticeship Levy and a lack of concrete proposals for life-long learning.

"In its current form, the levy is failing to deliver FM apprenticeships due to complex, lengthy decision-making and a focus on process, not outcomes. Unrealistic funding band decisions are preventing FM apprenticeships from being approved, delaying organisations from drawing down investment for such apprenticeships, frustrating efforts to provide essential training and, in turn, further exacerbating skills gaps."

Hausmanis also lauded the £500 million investment in high-tech initiatives, which she said could "contribute to closing the skills gap and position the UK as a global leader in the field".

But she said it was "critical the government gives people and companies the tools and skills needed to adapt to changing workplace - which means bringing forward investment in life-long learning and upskilling in a meaningful way".

Hausmanis added: "It's important the fourth industrial revolution doesn't leave anyone behind, so we want to see investment in skills and training that ensure the benefits of new technology are felt across society and don't contribute to driving up unemployment and creating division."

Welcoming the increases to the National Living Wage and the National Minimum Wage from April 2018, she said: "It is only right that people are paid a fair wage for a day's work and as an institute we're promoting this by being an accredited Living Wage employer."

But she added that it must be acknowledged that "pay increases are a challenge for some of our members who are already having to deal with many other economic and administrative challenges. BIFM will support our members with guidance to enable them to adjust to the new rates where needed and we will provide further support for those who want to go beyond statutory pay".

She added: "We need to continue to make the case for fair wages, and help FM suppliers better demonstrate to their clients the crucial link between higher rates of pay and improved service delivery and performance. Clients all over the country, both private and public, also have to play their part by ensuring that social value is put firmly at the heart of procurement, rather than cost reductions being the only driver."