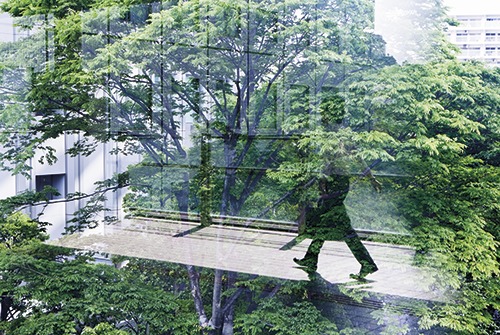 Two science-based building rating systems are to come together so that users can apply for dual certifications.

The Center for Active Design (CfAD) and BRE America announced the collaboration between the Fitwel Certification System and the BREEAM USA/UK In-Use standard. BREEAM, the world's most widely used green building certification and Fitwel, the global health certification aimed to impact the environment, health, and people.

Both systems are evidence-based and certification for both is achieved through the submission of project documentation with post-occupancy performance verification for Fitwel and on-site assessments by BREEAM USA. This will also include a European collaboration, confirmed the CfAD.

Barry Giles, CEO of BREEAM USA, told FM World: "Since BREEAM has been around since 1990 as the world's first green building rating system developed by BRE in the UK, it has now reached over 80 per cent market share in Europe. As Fitwel moves into the European space, the two standards provide data sets that are complementary to one another.

"In the UK and Europe, cap and trade has become an established policy reflecting a bigger emphasis on lowering carbon emissions. Now with health and well-being becoming a bigger part of that picture - you can't separate the two. How can you just focus on the health and well-being of people if you ignore climate change? For example, if we can't prevent the extremes of temperatures, we won't be able to affect the health of humans - no matter how hard we try to improve things."

The Fitwel system was created over a five-year period as a joint initiative led by the US Centers for Disease Control and Prevention (CDC) and the General Services Administration, with its ongoing operations and development led by the CfAD. After launching to the private sector in March, Fitwel has a global imprint, affecting 250,000 building occupants with more than 380 registered and certified projects.

Joanna Frank, CfAD's president & CEO, said: "CfAD's partnership with BREEAM signals to the industry that based on science, buildings can be optimised to promote both health and environmental sustainability outcomes in an efficient yet effective manner."

Under the agreement, the organisations have mutually identified specific documented credits that will be recognised by both, saving project teams the time and costs of developing certification documentation twice. A briefing paper showing the alignment between BREEAM USA and Fitwel shows there is an overlap when it comes to certain health and well-being points; BREEAM has stipulations for drinking water provision and indoor and/or outdoor space, which fits with Fitwel's criteria. Both also consider pollution from printers as one possible source of air pollution [see box].

Giles says there are 5.6 million commercial buildings in the US and "most of them have done little to reduce carbon footprint, reduce energy, improve indoor air quality or other operating efficiencies".

He says: "No one programme can do everything, but with smart collaboration we can collectively help far more buildings by making it quicker, easier and fiscally sound for the commercial real estate industry to do something.

"Both the BREEAM and Fitwel standards have a low cost of entry and no prerequisites, making it appropriate to use with any existing commercial building no matter the size, age or condition. Fitwel has just entered the marketplace and predominantly deals with the people in the buildings complementing BREEAM In-Use, which predominantly deals with the buildings themselves."

Where does this fit in with other building certifications like the WELL Building Standard which aims to improve people's health and wellness? A spokeswoman for the International Well Building Institute told FM World: "We're currently working closely with a variety of the green building rating systems - including BREEAM, Green Star and LEED - to make sure these opportunities are available, and we welcome new opportunities to pursue high caliber partnerships where possible."