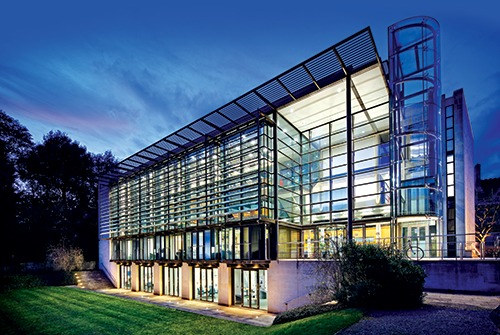 Both awards were presented at a ceremony at the Grosvenor House Hotel in London. Judges were impressed by the project's "ambitious" Carbon Reduction Programme to cut the university's direct carbon emissions by 33 per cent by 2020 against a 2005/6 baseline.

They also lauded the programme's "wide-ranging stakeholder engagement", which has resulted in a host of collaborative initiatives and new carbon-saving partnerships being developed between staff, students, the city council and industry.

"The University of Oxford is leading the way for the higher education sector, not only in the global rankings of universities, but in the management of their extensive and diverse estate," they said.

The university says 5,536 tonnes of carbon and £1.3 million of annual energy costs have been saved since 2011.

The judges added: "They really showed that when you have the building owner and occupier together it is much more manageable and also produces a better outcome. We commend the FM team at the University of Oxford for their comprehensive approach tackling fabric, efficiency and renewable energy technical solution as well as management and behavioural aspects. For further dissemination benefits, we would have welcomed the use of benchmarks to report performance."

Lucinda Lay, carbon reduction projects manager, told FM World: "During the building management system optimisation programme a number of opportunities to upgrade equipment were identified. We discovered that the two go hand in hand along with maintenance. So with additional project management in place, this programme of works will now be able to accelerate. Best practice workshops to discuss the learnings from this programme will start in 2018."

Elementa Consulting took the Building Performance Consultancy (up to 100 employees) and the International Project of the Year award for its design of an ultra-low energy laboratory at Pomona College, California.

BuroHappold Engineering won in the Building Performance Consultancy (1,000+ employees) category and the Energy Efficient Product or Innovation slot for its NewMass cooling system.

Why did the Oxford University Carbon  Reduction Programme win?

2. Building fabric: Investment in a range of loft and pipework insulation to reduce heating costs.

3. Building systems: The university runs a range of facilities that require specialised operation. Optimising control of these systems cuts carbon emissions and costs with a relatively low investment.

4. Engagement and behavioural change: The university has invested in monitoring and targeting software to give building users access to energy performance data and allow direct billing. Engagement materials have also been developed, e.g. 'shut the sash' stickers for fume cupboards.

5. Plug loads: The STEM departments produce 76 per cent of the university's emissions. A procurement user group was set up to work with them, and new service contracts agreed.