UK lags behind in shift to flexible and remote working 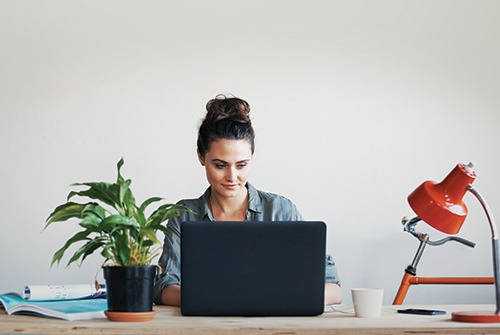 The UK is trailing behind other nations in the shift to flexible and remote working, reports Herpreet Kaur Grewal.

The UK is trailing behind other nations in the shift to flexible and remote working.

The Modern Workplace 2018: People, Places & Technology report by software company Condeco finds that across the world, workers are in the midst of a shift to flexible and remote working - spending more time working from home, on the move or from multiple locations.

However, the UK is significantly behind in embracing these trends, which could be negatively affecting worker satisfaction as well as holding back firms in competing for the best international staff.

In two-fifths of businesses surveyed, most staff work flexibly at least some of the time. This figure is higher in the US (52 per cent) and Australia (43 per cent).

But in the UK, the figure is 37 per cent and 10 per cent of companies don't offer flexible working at all. Of those that do, 30 per cent said that fewer than a quarter of their staff work flexibly, compared with 21 per cent globally.

The research also reveals that the millennial generation, born between 1983 and 2000, have shaped the workplace to meet their needs. That means a space that is more open-plan, with fewer barriers between desks and multidisciplinary teams working together in 'pods'.

Sixty-nine per cent of those surveyed say they work in open-plan, or mostly open plan, offices.

And the UK is more likely to have embraced open-plan working than many other countries; at least half (51 per cent) of UK companies polled say their workplace is open-plan, compared with 43 per cent globally.

This marks a significant change from previous generations, for example, the cubicle office of Generation X or the personal offices of the baby boomers. The oldest members of Generation Z - born between the mid-1990s and 2000s - are now entering the workforce and they will likely move further towards flexibility, remote worker, and cross-functional teams with less hierarchy.

Peter Otto, product strategy and design director at Condeco, said: "Flexibility and remote working are increasingly important to today's workers. The companies that are prepared for those workers will be able to attract the most talented candidates, both from the UK and internationally."

Work-life balance out of kilter

In another report 23 per cent of respondents to a survey by employment site Total Jobs say it is important to set hard boundaries between work life and home life.

In the poll of nearly 7,000 workers across all sectors and age groups, only 16 per cent could report that their family and friends are happy with their current work-life balance.

Another 58 per cent work at home outside of business hours - amounting to more than seven hours of extra work, every week - one full working day more.

Another 23 per cent say they don't have time to do all their work during business hours - but spend more than four hours every week doing personal tasks during work hours.

Of those surveyed, 17 per cent have more than one job to make ends meet - and 43 per cent report that they run out of money within three weeks of receiving it.

The study adds: "Technology has not just enabled people to bend the rules. It has changed the nature of what our jobs are about."