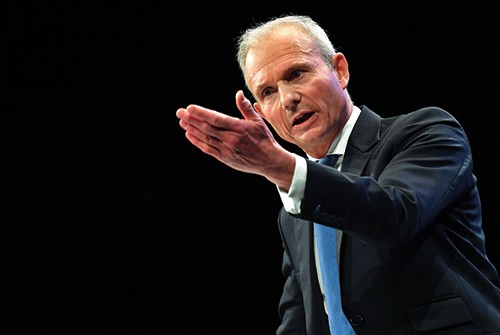 The government said in June that all procurements would need to "explicitly evaluate social value", writes Herpreet Kaur Grewal.

All procurements will have to "explicitly evaluate social value" from now on, said the government in June.

In a speech to the Reform think tank, the Chancellor of the Duchy of Lancaster David Lidington (pictured), said the government would "extend the requirement of the Social Value Act in central government to ensure that all major procurements explicitly evaluate social value, where appropriate, rather than just consider it".

He added: "We will also require all departments in central government to regularly report on the social impact of new procurements, and we will train all 4,000 of the government's commercial buyers how to take account of social value and procure successfully from social enterprises.

"By doing so, we will ensure that contracts are awarded on the basis of more than only value for money - important though that is - but a company's values too, so that their actions in society are rightly recognised and rewarded."

The government would also "develop proposals for the government's biggest suppliers to publish data and provide action plans for how they plan to address key social issues and disparities" he added.

This included "ethnic minority representation in their workforce, the gender pay gap throughout the company and what they are doing to tackle the scourge of modern slavery".

Sean Haley, regional chairman and managing director, service operations, Sodexo UK & Ireland, said: "There were many important messages in his speech, but the main thing I took away was the simple and somewhat obvious message that for outsourcing to really deliver and rebuild public trust we must get it right from the start.

"We particularly welcomed his call for public services to be 'delivered with values at their heart, where the wider social benefits matter and are recognised'. By extending the requirements of the Social Value Act and changing the procurement process to have more emphasis on value and outcomes he made a big step towards building trust."

But there needs to be "further clarity" on how the government intends to use the act. says its author.

But he said: "There needs to be further clarity around how government contracts will 'explicitly evaluate' social value. I believe that the act also needs strengthening across local government and the NHS, as well as ensuring that it is applied not only to services, but also to goods, works and asset management.

"We must also ensure that references to 'major procurements' does not mean that the threshold for accounting for social value is so high that it doesn't cover enough of overall public spend.

"The benefits of social value are clear and it should cover as much public spending as possible so that we get the biggest return on public investment. I welcome the minister's support for the Social Value Act and both SEUK and I are keen to provide any evidence and assistance that will further its cause."

Lord Victor Adebowale, SEUK chair, said: "Social Enterprise UK has consistently promoted extensions to the act. This is uncontroversial; there is a consensus between the public, private and social sectors that procurement has the potential to deliver fairness and opportunity where it is desperately needed. We will continue to work with our allies to strengthen the act until every pound of taxpayers' money is managed in the interests of generating wider, longer-term societal value."

A Cabinet Office spokesman told FM World that plans for how this pledge would operate were "ongoing, and we will outline details in due course".