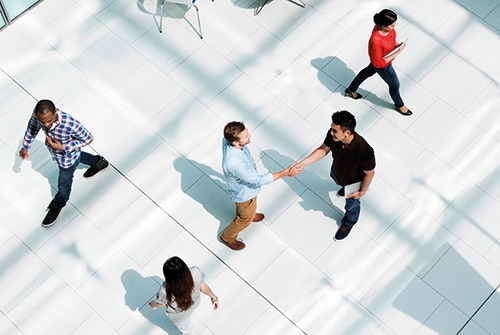 The Cabinet Office-based Crown Commercial Service (CCS) launched the Facilities Management Marketplace agreement in July. It aims to give the public sector access to a wide range of suppliers for their FM requirements. Some are hailing the news as a significant change for smaller bidders vying for contracts.

Forty-seven companies have been awarded places across three value-banded lots. The winning bidders include 10 small and medium-sized enterprises, which the CCS says has brought "diversity and competition into the market for public sector contracts".

John Kenny, CCS deputy director for Workplace, said: "The launch of the FM Marketplace allows the public sector to buy a wide range of facilities management services from the very best suppliers the market has to offer, all at competitive and sustainable prices."

Mark Fox, CEO of the British Services Association, said: "We are pleased to work closely with the Crown Commercial Service to deliver a framework that will attract existing suppliers and new entrants alike."

The deal, covering expenditure of up to £12 billion over the next four years, is expected to save public bodies up to 10 per cent on the cost of procuring services like cleaning, maintenance, security and catering.

Customers will be able to require suppliers to demonstrate social value, specifying what this means to their organisation and testing the proposals, as a key part of the awarding of contracts.

It is the first agreement to make use of the government's new simplified Public Sector Contract, which was designed to make it easier for small firms to apply for contracts.

A second phase for Workplace Services (RM6089), including placement of agreements in security, housing maintenance and defence FM, is being developed.

Pareto Facilities Management Ltd, has been awarded a place on the new CCS framework.

Andrew Hulbert, managing director of Pareto, said it was "a major achievement for Pareto FM as such a young SME, in an established and ultra-competitive sector".

He added: "To have a business as young as Pareto FM outplay the established industry competition and win a place on this framework gives us great heart in what we do. We looked on with interest as many of the established service providers in the sector complained in the FM press about this process; we put our resources into creating the best bid and were successful. We believe that this shows the government is now serious about changing the way it delivers facilities services."

The Public Sector Contract was launched just before the CCS FM marketplace agreement. It removes duplication from the application process and streamlines procurement for companies that supply to government through the CCS procurement frameworks.

The move makes it easier for SMEs to supply goods and services to government.

Emma Jones, Crown representative for small business, said: "The new CCS contract is shorter and easier to understand and takes a more standardised approach. This should save SMEs time and money when deciding to bid for CCS deals."

The Public Sector Contract was developed using OneTeamGov principles in partnership with the Government Digital Service and Government Legal Department. CCS's standard terms and conditions are available online at gov.uk, with only those elements actually necessary for deals signed through CCS frameworks included in contracts.