Road to Zero Strategy revs up 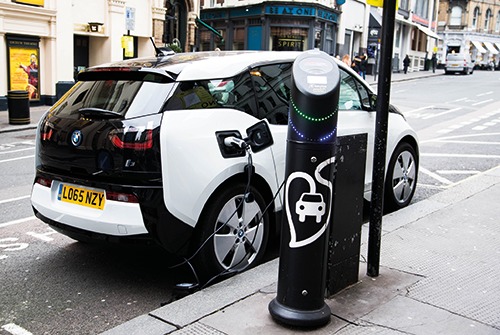 The government launched the Road to Zero Strategy in July, which includes ambitions for "at least half of new cars to be ultra-low emission by 2030".

Part of the strategy is detail of a £1.5 billon investment into electric vehicle (EV) research, development and infrastructure, which the government says will help phase out petrol and diesel sales by 2040.

The government has said the strategy is a part of plans "to make the UK the best place in the world to build and own an electric vehicle". But the planned bans on diesel and petrol vehicles come with rising fears that levels of nitrogen oxide pose a major risk to public health.

The Road to Zero Strategy also sets out plans to enable "a massive expansion of green infrastructure across the country, cut emissions from the vehicles already on the UK's roads, and drive the uptake of zero emission cars, vans and trucks".

The initiatives which are a part of the strategy will set the stage for the mass uptake of ultra-low emission vehicles and the government is also taking powers through the Automated and Electric Vehicles Bill to make sure that charge points are easily accessed and used across the UK, available at motorway service areas and that large fuel retailers will be smart-ready.

The government said it "expects the transition to be led by industry and consumers and a review of the uptake of ultra-low emission vehicles will take place in 2025 to consider what interventions are required if not enough progress is being made".

Many in the industry have backed the government's plans - some are devising their own schemes.

Global clothing brand Superdry has invested in nine Pod Point electric vehicle (EV) charge points for its Cheltenham headquarters after seeing rapid growth in the number of employees switching to plug-in cars. Currently, seven of the 700 staff based at the retail company's Cheltenham headquarters drive plug-in hybrids (PHEVs) or EVs, up from just one driver in 2016. Following the new charge point installations, which include seven 7kW and two 22kW Pod Point Solos - drivers will be able to leave their cars charging upon arrival, before returning to a fully powered-up vehicle at the end of the working day.

Paul Thomas, Superdry 's energy and environment manager, said: "EV charging fits perfectly with our environmental initiatives and it's a win for staff too, as they get to charge at no cost. It's sure to prove popular with our existing EV drivers and will hopefully give more staff an incentive to make the transition."

Abbey Petkar, managing director of Magenta Security, said: "We are always looking to do more. Technology improves, it becomes more accessible and I believe it is critical that we take advantage of all the opportunities."

In response to the government's pledge, purchasing company Beacon is encouraging hotel operators to consider installing electric car-charging points to capitalise on the opportunities this change will present.

According to Beacon's supplier, CEF, sales of electric vehicles rose by 95 per cent from 2013 to 2016. Teri Humphries, purchasing manager at Beacon, said: "The proposed ban of all diesel and petrol vehicles in 2040 follows similar moves by France and efforts from several other European cities. Of course, this could indicate a move towards electric cars in the near future, which is something hotels should start preparing for now. We've worked with CEF for some time, supporting hotels that want to install electric car-charging points at their property. Not only does this installation showcase the business's green credentials, but it will also provide a return in the mid to long term as more and more hotel guests make the move to electric.

"What's more, regardless of the announcement from the government, this type of addition to the hotel would be effective in offering a point of difference and appealing to a new, environmentally conscious generation of guests."

On the right route

54% Electric Vehicles (EVs) are forecast to be 54 per cent of global new car sales by 2040, and there are several reasons for their growth, including:

The need to comply with government targets for CO2 emissions reduction

Charging infrastructure installations (public & private), are projected to grow from around 2 million in 2016 to

A report commissioned by Aberdeen Standard Investment's AIPUT fund (Airport Industrial and Property Unit Trust) has also highlighted the scale of progress and potential for the adoption of automated transport and logistics technology at the UK's airports.

Nick Smith, AIPUT fund manager, said: "Autonomous technology promises enormous benefits to airports and the service companies that support them, transforming the way airports work and improving efficiency and safety, both for passengers and other airport users. At Gatwick, for example, 90 per cent of the airport's airside vehicles are stationary at any one time, which is both hugely inefficient and demands a vast amount of space. A much smaller pool of electric-powered autonomous vehicles would drastically cut costs, free up land, reduce emissions, and improve safety. In Düsseldorf, a new robotic car parking system has demonstrated a 60 per cent reduction in required parking space compared to human drivers."

In May, research by environmental media brand Edie showed that more businesses were keen to take action on sustainability, with 50 per cent of sustainability managers aiming for electric fleets by 2030. The appetite is there and with government backing it looks unlikely that electric vehicle charging and wider sustainability initiatives will be merely a fad.

But how take-up is encouraged and actioned will be the next step.

2. Infrastructure: government will take steps to enable massive roll-out of infrastructure to support electric the vehicle revolution, setting the stage for the biggest technology advancement to hit UK roads since the invention of the combustion engine.

3. Networks: a push for chargepoints to be installed in newly built homes, where appropriate, and new lampposts to include charging points, potentially providing a massive expansion of the plug-in network.

4. Investment fund: the launch of a £400 million Charging Infrastructure Investment Fund to help accelerate the roll-out of charging infrastructure by providing funding to new and existing companies that produce and install charge points. The request for proposal to appoint a fund manager will be launched in the summer.

6. Homecharge: providing up to £500 for electric vehicle owners to put in a charge point in their home through the Electric Vehicle Homecharge Scheme. And an increase in the value of grants available to workplaces to install chargepoints so people can charge when they are at work.

7. Grants: the extension of the Plug-In Car and Van Grants to at least October 2018 at current rates, and in some form until at least 2020, allowing consumers to continue to make significant savings when purchasing a new electric vehicle.

8. Task force: the launch of an Electric Vehicle Energy Task force to bring together the energy and automotive industries to plan for the increase in demand on energy infrastructure that will result from a rise in the use of electric vehicles.