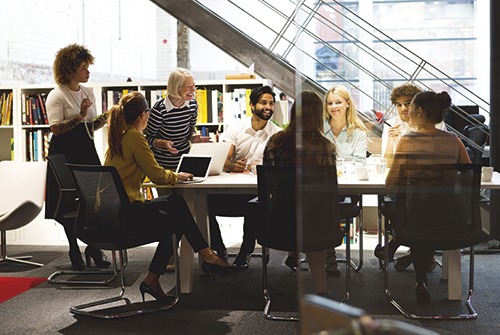 A series of research studies on the ambitions and attitudes of workers has thrown up some interesting questions about what the FM workforce of the future may look like, writes Marino Donati.

A series of research studies on the ambitions and attitudes of workers has thrown up some interesting questions about what the FM workforce of the future may look like.

At one end of the scale, research suggests that organisations have done little to think about and prepare for the implications of an ageing workforce, whether that is broaching the topic of retirement or extending working lives and retaining older workers.

Meanwhile, according to a survey by banking institution Santander UK, only 35 per cent of young people leaving full-time education this year want to work for an SME.

Data suggests that Generation Z (those currently entering the workforce) and millennials are snubbing key job opportunities with small and medium-sized businesses (SME) for fear of lower job security (56 per cent), less career development potential (33 per cent) and smaller salaries (46 per cent).

Yet SMEs make up 99 per cent of private sector companies and 70 per cent are actively recruiting for entry-level roles. This has led researchers to point out that those leaving education and looking for work may be missing out on potential employment opportunities simply by failing to consider smaller companies.

With start-ups or micro businesses, the proportion is even smaller, with just 18 per cent of those surveyed saying they would want to work for such a company.

The most popular career aspirations among this demographic are to work for a large firm (51 per cent), the public sector (51 per cent) or for a multinational company (49 per cent).

Ironically, the Santander study shows most SMEs (70 per cent) are actively recruiting for entry-level roles for graduates (43 per cent), further education leavers (36 per cent) or school-leavers (35 per cent).

Another study has found a direct correlation between the level of occupational stress workers feel and the size of the firm they work for.

Micro businesses employing a maximum of four members of staff were less likely than those in businesses of any other size to feel work-related stress, with 45 per cent of employees reporting it, according to a poll of 3,000 UK workers carried out by Perkbox, an employee benefits platform, as part of the 2018 UK Workplace Stress Report.

This is despite margins often being tighter and tensions or losses often being felt more sharply in smaller businesses.

The greatest instances of workplace stress reported by staff, with 65 per cent reporting this, were at the largest businesses surveyed - those employing more than 500 people.

Chieu Cao, Perkbox's chief marketing officer and co-founder, said: "Interestingly, it's those in micro businesses that are the least likely to experience work-related stress, despite those in smaller companies feeling the direct impact of business tensions or losses. It's fascinating to reveal that the level of occupational stress can directly correlate to the size of a business."

One in five (21 per cent) UK workers admits to experiencing moderate to high levels of work-related stress several times a week.

A quarter of workers say they struggle to be as productive at work as they normally would be when experiencing stress, suggesting that many businesses could be seeing dips in productivity as a result of workplace stress.

Of concern was the fact that almost half (45 per cent) of UK workers say their place of work did not have any measures in place to help reduce employees' stress levels and improve their mental well-being.

"It's more than clear that a happy workforce is a productive workforce," Cao said. "It's surprising to see that in 2018, employers are not doing more to ensure a happy, healthy and productive work environment." 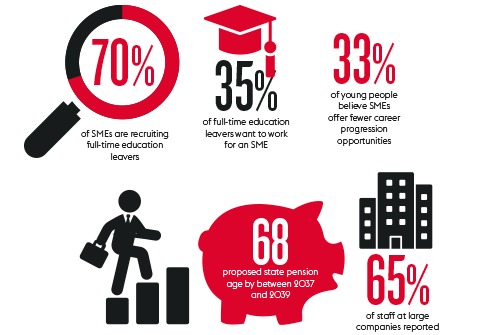 Regardless of how productive or stressed workers may or may not be at different sized organisations, the workforce as a whole is ageing.

Age discrimination legislation made direct or indirect discrimination on the basis of age illegal in 2006. In 2011, it also became illegal to force someone to retire at a particular age, while the age at which the state pension can be claimed is gradually increasing.

But according to an Economic and Social Research Council study there is little evidence that organisations have begun to work through the implications of ageing employees.

"Age discrimination legislation and the abolition of compulsory retirement at 65 means that employers are worried about talking to older workers about retiring for fear of being accused of ageism," she said. "Our study suggests this defensive approach is helping nobody... These changes firmly place the onus on employers to extend working lives by recruiting and retaining older workers."

According to in-depth case studies exploring organisational practice with regard to older workers, instead of planning for succession, the idea that no one should mention retirement was taking hold.

"This is highly dysfunctional for everybody, as it creates uncertainty on both sides," said Vickerstaff.

Line managers are unable to plan for succession because they do not know when people will stop working, and employees have little support in making decisions about when to retire or how to ease into retirement.

"Many simply cannot afford to work part-time; often women are already working part-time and many occupations still do not support this way of working," she said. "Realism is needed about the genuine restraints to taking up flexible working opportunities."

It is also apparent, according to the study, that not everyone will be physically or mentally able to work into their late 60s, with the probability of a person's ability to work to this age likely to be determined more than a decade before. Poor psychological health and adverse events going as far back as childhood can have a profound effect on working life and the ability of people to extend their working years.

Researchers suggest that employers and policymakers need to do more to engage, train and provide opportunities for older workers and start conversations about retirement.

The government should explore options for flexible withdrawal of state pension for those who cannot afford to take phased retirement and, adds the study, adopt a cross-government national skills strategy for older workers along with target interventions at promoting good physical and mental health.