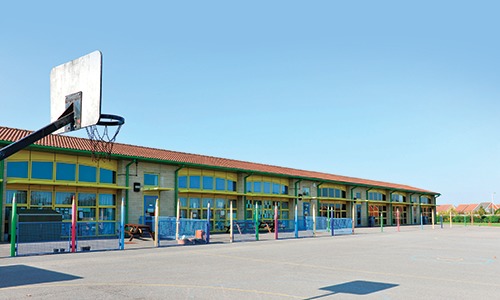 The infrastructure in schools is not fit for purpose, reports Herpreet Kaur Grewal.

The problems with the education estate across the country are fewer since the 1990s, but there is still dilapidated infrastructure within many schools that is not "fit for purpose", David Laws, a former schools minister, told delegates the Education Estates conference in Manchester last month.

Laws, now executive chairman of the Education Policy Institute think tank, told attendees: "I remember vividly the discussions we had in 2014/2015 over the scale of maintenance budgets for schools, over the size of the Priority Schools Building Programme and even though we don't have the same problems regarding the schools estate that we had back in the 1990s, when the capital expenditure was much lower, there are still schools even today and after the Priority Schools Building Programme which have core capital needs, and are working with an estate that is probably not fit for purpose in a modern, affluent economy."

The Department for Education needed to "prioritise discussions" to address this gap, he said.

Laws, who served in the coalition government as chief secretary to the Treasury, schools minister, and Cabinet Office minister from 2010 to 2015, also pointed out the lack of investment in early years schools infrastructure.

"If I have a regret about my time in education, it's that the investment that was going into the early years sector - which I happen to believe is very important in narrowing the [socio-economic] gaps - was relatively neglected."

He said in the future he hopes "early years settings to be a part of the assumption when you rebuild a school".

Laws had been responsible for policy areas including all capital and revenue funding, the Pupil Premium, accountability and policy on teachers and leadership.

He said: "Policymakers should be more cautious about policy reform in the education system over the years ahead - that will depend a lot on the results of the next general election whether we would have a change to a Labour government, who would probably want to reverse some of the changes seen over the last decade. But arguably some of the impetus behind schools reform under this Conservative government is changing and some of the structural reform drive is not as strong. The focus instead is probably rightly on the characteristics of schools whether they are local authority or free schools. There is also the fact there is focus on groups of schools working together to drive efficiency savings in a time of austerity but also sharing how to improve quality of learning and share leadership and teacher education."

He said issues such as how an increase in pupil population and a rise in private sector pay had made it harder to recruit teachers had made infrastructure a lesser priority.

He said: "If you have young people from poor backgrounds where belief in education isn't great then sending out a signal about the importance of education in multiple ways including the physical environment is very important."

One delegate, architect Caroline Buckingham, who is vice-president of practice & profession at the RIBA, told FM World that she had been a part of a team who had conducted research into evidence-based design.

She said: "It is difficult working out where the impact is because it can be quite subjective. Things like daylight, environment, and natural ventilation are absolutely required In our survey nine out of 10  people said the environment had a positive impact on them and their job  There's a definitely a place for design quality in the building programme we can't afford to reduce everything to its lowest common denominator."