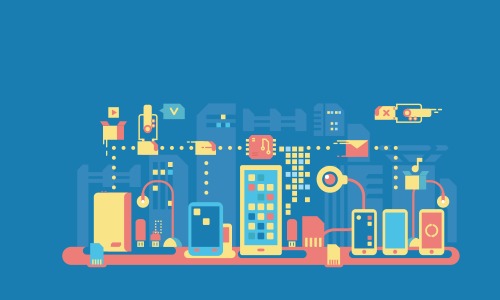 There is substantial potential for the deployment of wearables, but also some "significant technical, social and legal challenges" according to a BSRIA study.

A wearable is taken to be a device or an item of clothing that can be worn by a person, or carried as an implant, which has a degree of 'intelligence' built into it to communicate with the Internet of Things (IoT), either directly or indirectly - for example, via a Bluetooth connection to a smartphone.

BSRIA's research found that there was little evidence of any practical solutions linking wearables to HVAC or building systems in general that were already in operation, apart from in niche areas such as wearable security fobs.

The paper looked at the kinds of wearable technologies available and what needs to happen to bring viable solutions to market that link wearables and building systems in a useful way. It focuses on comfort in buildings.

Wearables include smartwatches, which can record various metrics of the wearer's health and behaviour, smart glasses that can provide visual imagery, smart clothing, which can provide heating, enhanced visibility or greater sensitivity, smart hearing aids and even smart jewellery, which can, for example, issue alerts to the wearer.

Henry Lawson, senior market research consultant at BSRIA's world market intelligence division, said: "At present, the practical applications of wearables are strongly focused on health and fitness, from the monitoring of basic health metrics such as exercise taken and heart rates, through to the tracking of specific and sometimes serious medical problems. There is also some overlap between health and 'leisure' with goals such as relaxation.

"There is growing evidence to support the commonsense view that people who are healthier and happier are likely to be more productive and that this can feed into a positive financial return. There is also evidence that buildings can affect well-being positively or negatively both through their design and through the functionality and efficiency of the systems running to heat, cool and ventilate and light the building."

The study notes that smart technology can cut energy use in non-domestic buildings by up to 25 per cent and says that "each day not spent converting to smart buildings is a day in which valuable financial and environmental resources have been, in effect, wasted".

Gary Thompson of Siemens Financial Services,said: "CFOs in the private and public sector are increasingly recognising the compelling case for smart buildings conversion, but find it difficult to prioritise such capital investment over other business or operating requirements. The benefit of self-financing arrangements, which harness future energy savings, is that capital is no longer an obstacle."

Smart buildings use technology and data to improve building performance in areas such as energy, operations, security, and comfort - lowering the costs of building operations and service, and generating higher user-satisfaction rates and employee productivity.