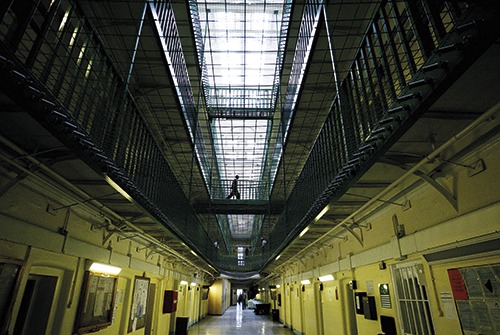 Over the summer, an Independent Monitoring Board (IMB) published an annual report into the condition of HMP Pentonville. It found multiple failings in how it was being run.

Among the faults, it discovered that the FM contractor that took over Carillion's contract for HM Prison Pentonville had been a "dismal failure" when it came to expediting major and minor repairs.

Government Facilities Services Ltd took over from Carillion in January 2018. At the time, the Ministry of Justice said the company would "take over the delivery of the prison FM services previously provided by Carillion such as cleaning, reactive maintenance, landscaping and planned building repair work".

The new firm took on 1,000 staff and subcontractors previously employed by Carillion and FM services provided to 52 prisons across the South West, South Central, Kent and Sussex, Greater London and East of England.

The IMB report added that the prison's FM failures had led to other problems. For examtple, it stated that the delivery of medical care is "sometimes impeded by lengthy maintenance delays and the prison struggles to manage escorts for appointments".

Maintenance failures also mean that hospital cells are "out of action for weeks". One with a broken hatch (thus unsafe to use) was reported in November 2017 and was still out of use in March 2019, states the report.

That there are also no dedicated rooms on the wings for mental health staff "to use for assessments means interviews take place in difficult conditions with little privacy".

The report goes on to state that (external) visitors' facilities are lacking, with an acute shortage of lockers or facilities for children. (Although a well-equipped children's play area exists, it lacks heating and PACT supervisory staff and is never used.)

Additionally, visitors take up to an hour to be processed for entry to the internal visits hall. The causes of delay include "just two processing counters and a single working camera (the other broken for over five months)" and there were difficulties in retrieving visitor biometric data, which sometimes requires them to be photographed and fingerprinted again.

Toilet facilities for both visitors and prisoners "remain in urgent need of repair due to horrible sewage smell".

CCTV is not installed in every communal area, leading to some prisoners feeling unsafe on those landings, adds the report.

'Improvements made since inspection'

A prison service spokesman from the Ministry of Justice, said: "We are under no illusions as to the scale of the challenge at Pentonville, and the new management team has made significant improvements in the months since this inspection.

"In addition, the prime minister announced an extra £100 million for airport-style scanners and mobile phone blocking technology to boost security and cut violence in our prisons."

Frances Crook, chief executive of the Howard League for Penal Reform, told a local newspaper that without a tcut in inmate numbers, the prison would "never function well". She told the Islington Tribune: "The prison has far too many people and nothing you do [to the building] will solve that problem."

Crook also said the collapse of Carillion had meant a delay in building or improving facilities that was still having an impact on inmates. Earlier in the year, a separate report published by the HM Chief Inspector of Prisons stated that the prison's "depressing cycle of promise and further decline cannot be allowed to continue".  It added that the prison was in "a generally poor physical state" and that living conditions "were cramped and did not provide an adequate ... environment for most prisoners".

The inspector found "cleanliness in communal areas had improved but was still inadequate". He also said violence at the prison had increased by over 50 per cent since 2017.

Facilities observations from the HM Chief Inspector of Prisons' report