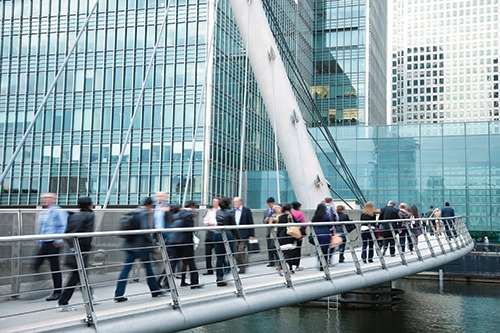 Do we give much thought to the quality of air we breathe while we are indoors? If not, we probably should.

Research carried out by Southampton University professor Stephen Holgate, a world authority on asthma, shows that indoor air quality (IAQ) can be 13 times worse than outside air.

The British Heart Foundation says living in a British city raises the risk of early death by the same amount as smoking 150 cigarettes a year and that particulate matter is responsible for 11,000 coronary heart disease and stroke deaths each year.

There is hope. Holgate says the quality of air can be controlled by a combination of improved building systems and occupant behaviour.

It argued that the government had "a growing health emergency in buildings" and proposed a series of "bold measures" that it says "could transform health and wellbeing in buildings".

BESA is calling on the government to make measuring and monitoring of IAQ mandatory in the proposed bill - specifically airborne particulates PM2.5 and below, along with CO2 levels and VOCs, which are linked to heart and lung diseases as well as certain cancers.

There is also a growing problem with NOx emissions from transport, which are known to cause inflammation of the airways, reducing lung function and increasing the frequency and severity of asthma attacks.

It also proposes the adoption of the latest filtration standard (ISO 16890) in building regulations that would allow building engineers to tackle even the very smallest particulates - including PM1 (the smallest easily measurable), which has been identified as a group one carcinogen by the World Health Organisation and was linked in recent studies to early onset Alzheimer's disease.

The association also backs a recommendation from the Committee on Climate Change that the relevant building regulations (Parts F and L) are closely aligned to ensure improvements in energy efficiency (Part L) do not lead to overheating and lack of effective mechanical ventilation.

Schools are a particular area of concern, so BESA recommends that air quality checks become a mandatory part of Ofsted inspections, particularly in high-risk urban areas and close to busy roads. Similarly, for hospitals and other healthcare facilities, particular standards of clean air should be mandated.

This work could be supported by improving the system of air quality management areas that are administered by local authorities. Their information is not routinely shared with the public or the industry. The bill could ensure that regular alerts are issued when there are spikes in local air pollution and the data gathered should become a matter for officials considering planning applications.

BESA also proposes that the bill should contain provision for measures that improve IAQ, such as filter cleaning and replacement, along with ductwork and fan maintenance, and that these must be made mandatory elements of regular service and maintenance programmes in commercial buildings.

This should be accompanied by government advice on widely available solutions such as clean air technologies and probiotic cleaning products along with digital measuring, monitoring and control of air quality and mechanical ventilation systems.

"This is a once-in-a-generation opportunity for us to get proper standards of measurement, monitoring and improvement of IAQ enshrined in legislation," said Nathan Wood, chair of BESA's Health & Wellbeing in Buildings group.

"There is so much evidence gathered by the medical profession that clearly shows the link between poor air quality and serious health conditions. At the same time, the building engineering sector now has a range of proven techniques that are already making a difference in many buildings," added Wood.

"Legislation would allow us to roll out those solutions on a much wider scale and give potentially life-saving protection to those most vulnerable to the impact of indoor pollution."

Russell Beattie of the Federation of Environmental Trade Associations said: "Where the UK government is concerned, indoor air quality exists in a state of limbo, with no single government department claiming overall responsibility and no official guidelines issued."

A spokesman from the Department for Food, Environment and Rural Affairs told Facilitate that the government could not comment on the environment bill until it is published, but he said: "As set out in the Queen's Speech, the bill will improve air quality by setting an ambitious legally binding target to reduce fine particulate matter (PM2.5), the most damaging pollutant to human health. The bill also increases local powers to address sources of air pollution. Our Clean Air Strategy did also cover the issue of indoor air quality.

"This covered actions to reduce emissions at home, including action on fuels used for domestic burning, public awareness about indoor pollutants, labelling of products and promoting development of less polluting products. It also included plans to consult on changes to building regulations standards for ventilation in homes and other buildings, to help reduce the harmful build-up of indoor air pollutants."

BESA has also launched a 'Building Safe Havens' campaign to promote the idea of indoor clean air zones that protect occupants from the worst impacts of air pollution - reflecting the fact that most people spend an average of 90 per cent of their lives indoors.

The body also argued for regular alerts to be issued when there are rises in air pollution to inform local councils' planning decisions.

Rosamund Kissi-Debrah, the UK's first World Health Organisation advocate for air quality and health, recently joined the BESA group to help it progress its work on health and wellbeing in buildings and to carry on her campaign to turn buildings into havens from air pollution.

She addressed the recent BESA National Conference and urged the building services sector to take more responsibility for the health consequences of poor air quality.

Kissi-Debrah's daughter Ella died in 2013 following severe asthma attacks linked to air pollution near her home and school in London. She founded the Ella Roberta Foundation in her memory. (www.ellaroberta.org)

It is estimated that 40,000 people in the UK die each year as a result of air pollution.

In & out: Facts about air pollution